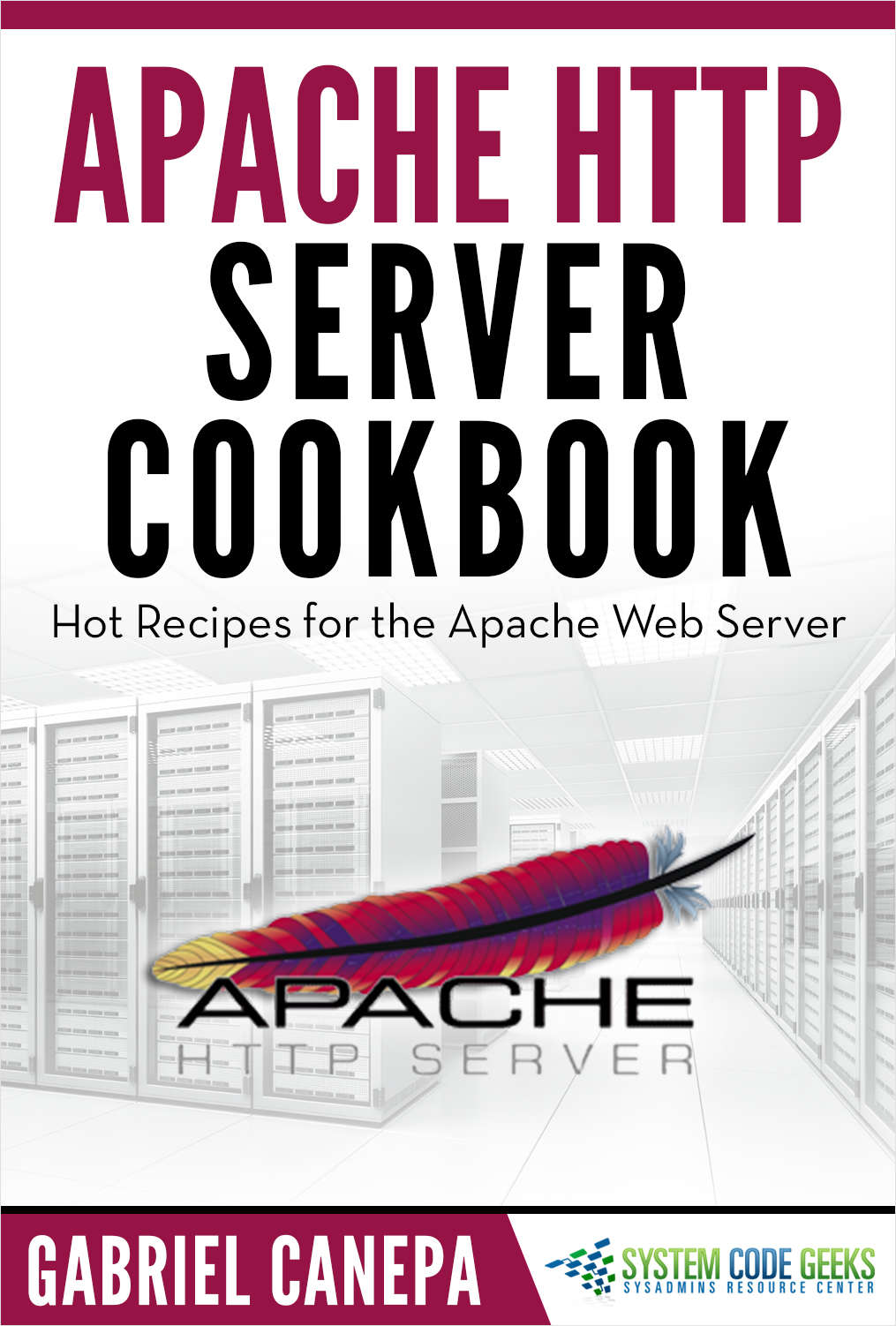 Tame the Apache Web Server with this hot guide!

The Apache HTTP Server, colloquially called Apache, is the world's most used web server software. Originally based on the NCSA HTTPd server, development of Apache began in early 1995 after work on the NCSA code stalled. Apache played a key role in the initial growth of the World Wide Web, quickly overtaking NCSA HTTPd as the dominant HTTP server, and has remained most popular since April 1996. In 2009, it became the first web server software to serve more than 100 million websites.

In this eBook, we provide a compilation of Apache HTTP Server tutorials that will help you get started with this web server. We cover a wide range of topics, from installing the server and performing a basic configuration, to configuring Virtual Hosts and SSL support. With our straightforward tutorials, you will be able to get your own projects up and running in minimum time.

With this free eBook you will also receive weekly news, tips and special offers delivered to your inbox courtesy of System Code Geeks.

Download Now View Details
Say no to ransomware with Druva - a new, simpler way to...